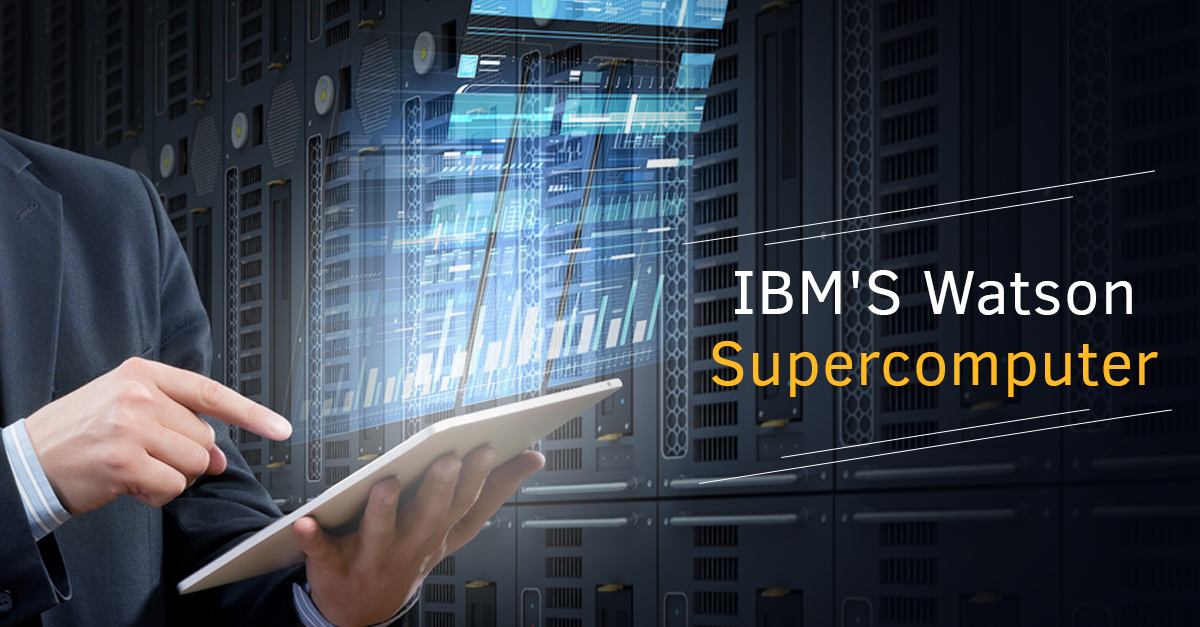 IBM‘s DeepQA project team developed the supercomputer named after IBM’s first CEO, industrialist Thomas J. Watson. Watson is a “question answering” machine that combines Artificial Intelligence(AI) and analytical software to answer questions posed in natural languages. The supercomputer was initially developed to answer questions on the quiz show Jeopardy. In 2011 the Watson computer won the first prize of $ 1 million competing against the former winners of Jeopardy Brad Rutter and Ken Jennings. Two hundred millions of structured and unstructured data consuming four terabytes of disk storage without connecting to the internet during the game was assessed by Watson.

How does Watson work

I am pretty sure you will be pondering on how Watson works? In today’s world of Big data, there is a need for more complex computing systems. Watson is a cognitive computing technology which is far different from other machines from the past centuries. Cognitive computing enables people to find answers and insights from enormous data’s. Watson with its cognitive capabilities replicates human intelligence.

With its artificial intelligence, it resolves problems, thinks like a human and this happens at a massive speed. Watson has the ability to access unstructured data and relies on natural languages. It doesn’t look for keyword matches like a search engine does, it reads and interprets a text like a human. Watson can understand all forms of data, interact naturally with people, learn and reason, at scale.

Watson is revolutionizing the world

In this new era of cognitive computing, there is no doubt that Watson will be the next big thing. IBM invites businesses to join hands with Watson to redefine their business. Watson’s AI will uncover insights, find new ways and will be the best platform to grow your business. With Watson, you can also build chatbots and virtual agents that answer your customer’s questions, helping you respond to their needs quickly and efficiently. Watson is working alongside people in 45 countries and 20 industries to help businesses work faster and work smarter. Watson is available as a set of open APIs and SaaS products. You can build cognitive apps and products with Watson, whether it’s the web or native app, or even robotics through API’s.